Blizzard's next big title is just around the corner, so I wanted to crack open their business model and share with you the secret of why Blizzard has become so successful. With a portfolio of three multi-million dollar intellectual properties (StarCraft, Diablo, WarCraft) and with over 10 million monthly WoW subscribers: nobody in business can turn a blind eye to what this company has amassed.

The industry is PC games - yet their marketing strategy; ‘the model' - can be applied to other industries as well. If you code software, write books, or develop a product - you can adopt a StarCraft II strategy for your own business: and apply it to your niche' to totally dominate the competition. Here's a closer look at how Blizzard does it.

With Blizzard, their bread & butter product development strategy has never been about fancy graphics or trendy features. It is about rock solid, perfectly stable, absolutely perfect user experiences. With every new game release, they will push the envelope a little bit - while keeping the primary focus on perfecting the fundamentals. They never re-invent the wheel, but they are relentless perfectionists. The end result is a rock solid product every time.

Here's the secret to Blizzard games, and this is a secret that won't help any of our competitors: endless iteration. We'll take something, we'll put it in the game. Maybe we'll like it when we put it in, maybe we won't. We'll leave it in there for a while, we'll let it percolate. We'll play it and play it and play it, and then we'll come back. We might throw it all out, or we'll throw half of that out and redo it.

It can be a long time, but it is fun to work on as well. That's the thing that keeps you going. Multiplayer always works, and the builds are always playable. We've played them constantly, and it's fun. You actually look forward to the weekly play session even though the game is still in progress. That's what keeps us going, and that's also why it takes so long. We'll do it over and over again until it's just right.

Last year Blizzard released Diablo 2: patch 1.13... 9 years after the game's initial launch. This is a prime example of long term dedication to product support. Throughout the lifespan of each of their games, Blizzard releases an extensive number of patches: constantly fixing exploits, issues, and major revamps to the game's balance.

As one fan describes,

Had version 1.08 not been released, who knows what would have happened to StarCraft.

Blizzard shows fans that they care about making their games the absolute best - even long after the product's initial release. The end result is a tremendous respect for the company from loyal fans. And a long withstanding interest in their games. 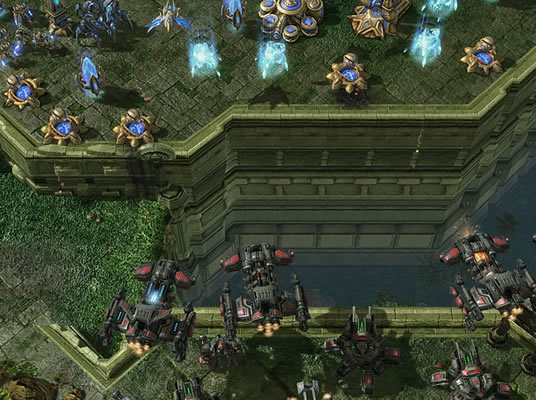 Yet it's not just keeping loyal fans. Their model itself breeds new fans too. Go to any Wal Mart and you will find the WarCraft and StarCraft BattleChests on the shelf. Shit, these games have been out for years! But they still get prominence on Wal Mart shelves, because they keep generating sales - and have consistently been in the Top 10 retail PC game sales since their respective releases.

Blizzard spent 10 years perfecting the original StarCraft. Fans will remember that when making a buying decision on StarCraft II.

Their attention to detail is unmatched on every level: and this doesn't just apply to the game itself. The artwork and overall presentation of their intellectual properties transcends every element of Blizzard's existence: from the game itself, to the box art, their websites, trailer videos, and any other marketing material. Hell, even their office has that badass visual appeal. 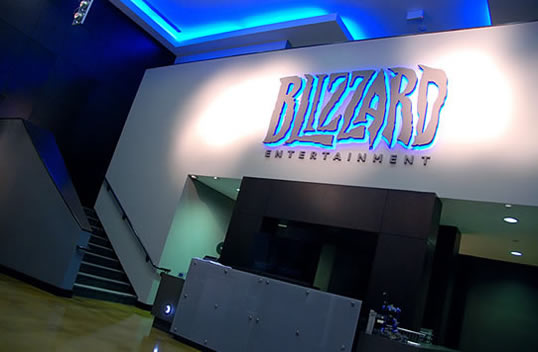 Close to the core of Blizzard's product development strategy is community feedback early in a game's creation. Blizzard pursues extensive beta testing & receives loads of community feedback on their products before they are even released. For StarCraft 2, the developers have been actively engaged in the community forums gathering feedback on a daily basis - ensuring that they release a product that is going to be well received by their immense entourage of loyal fans.

Engaging the community during product development is a key leverage point. Today, in my mind, the most effective way any business can most effectively leverage the web is by building communities around your business and it's initiatives. The principal is to be open. Open about your intentions and the value you are delivering to the world. So when people see your vision for the products you are creating, they become inspired to participate and share their own unique contributions towards making the vision become reality.

Once they have a solid vision & prototype established internally, they then make the big "product announcement". And that's where the hype begins...

Tons of previews, screenshots, videos, developer interviews and you name it: all work to build momentum and hype for the release of a big Blizzard game.

This "launch hype" is built into the very marketing strategy for Blizzard games. What this does is help to create a wave of momentum for launch day: one that maximizes sales right out of the gates.

Blizzard announces their games generally two to three years before release. The key is to strike a balance between having the conceptual groundwork for the product established & the final product. Hitting this mark enables Blizzard to showcase & preview the game well before it's complete, allowing ample time for hype to grow & momentum to build. By the time their product is ready, there is a long waiting list of customers ready to buy.

Its any wonder this "launch hype strategy" is rarely applied to new software products. You just don't see too many startup companies maximizing their product launches on a Blizzard scale.

Yet I've learned from the experts that true breakthroughs are made in business by taking successful ideas; principals; concepts & strategies prevalent in other industries: and applying them to your industry. To your product.

What's interesting, is that "launch hype momentum" was a concept first innovated by movies. Once again, Blizzard didn't re-invent the wheel here - they simply perfected it. There will be more anticipation for StarCraft 2 than most Hollywood film producers would dream for.

So this works for Blizzard, but will it work for you? My philosophy is that any idea is only as good as the amount of energy you are willing to invest in it. And Blizzard puts an enormous amount of creative energy into their game products. There's no reason you can't do the same.

Blizzard's StarCraft II marketing strategy in a nutshell is this: Define a bold brand image. Create a rock solid product. Back it up by lifetime support. Build a foundation for an engaged Community. And leverage launch hype to build a tremendous amount of momentum leading up to the product launch.

I've had the opportunity to join in on the new StarCraft II beta - and this game is going to be epic. But what is even more epic is the company behind the game - and their impressive model for developing & marketing their intellectual properties.