A Million in the bank. What's next for DuckDuckGo?

While we don't know if the figure is exactly $1 million we do know that DuckDuckGo has raised a substantial sum of money in its first round of financing UPDATE: the grand total was $3 million. So now that DDG has raised VC money... what's next? Will the Duck continue its champion message of privacy or have the ‘seeds of evil' been planted? 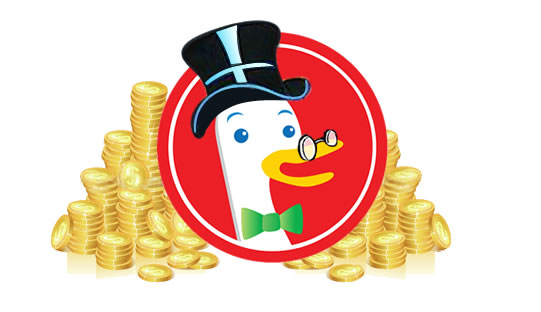 The fact is, DDG success to date is largely based on privacy - so there's no reason to assume the roots of this operation will go evil. In fact, if you know just one thing about founder Gabriel Weinberg you should know this: he is perhaps the most principled, friendly, fast thinking entrepreneur in tech today.

So after 3.5 years as a one man army, things have shifted into a new gear. Gabriel's business has popularity, its first first employee, and capital investment.

Now is the perfect time to execute on more aggressive tactics; to target even loftier objectives. To perhaps, step outside of Google's shadow to become a viable worldwide competitor. Here are 3 ideas that may be on the table.

Unquestionably the most highly requested new service among the Duck.co community is an email service with the same level of commitment to privacy as the search engine.

In the past, Gabriel has speculated about a potential joint venture with an existing email provider in what would have been a white label deal for DuckDuckGo. But the real issue is that there are actually no rock solid email providers out there that have A) an intuitive, modern, and lightning fast interface or B) the level of privacy that Duck fans demand.

So it seems practical - perhaps prudent - that Gabriel would lead the development of a new service of its own; a DDGmail from the ground up. Now, with new capital available - it would appear that the heavens have aligned for such a reality to become true. I predict a DDG email service to be available no later than August 2012 ! 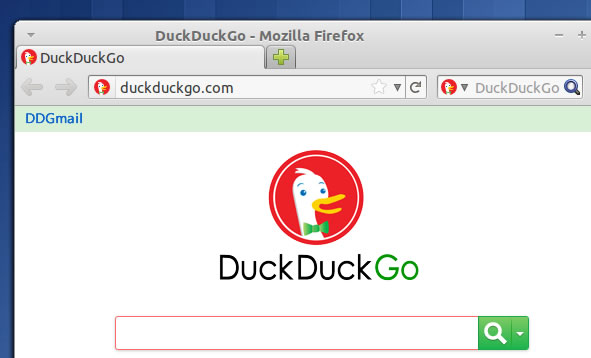 Show someone DuckDuckGo for the first time and there's a good chance they will question the damn name. In fact, this is probably the most common complaint about the search engine to date. Personally, I like it. I think it's unique. And hard to forget. But perhaps I'm the exception. After all, the domain is rather long...

Well, if you have experience buying premium domains you know that it really helps to have money, and lots of it. Now that DDG has a whackload of cash in the bank - it might be a good time to initiate negotiations with a few domain name owners (or a bad time, depending on how you look at it).

Of all the people to own your most desirable domain name, it has to be your #1 competitor. A competitor with infinite money who would never sell the domain to you in a million years. That stings a little.

Needless to say, the DDG team can scrap the idea of Duck.com (though, it would be interesting to know Google's asking price).

A domain that is more likely attainable is Duckgo.com which seems to be owned by someone other than Google. Unused and privately owned, this is a domain that is more practical for Gabriel to acquire. This domain might be the happy medium. As it could satisfy the countless people complaining about the length of DuckDuckGo.com; to deliver something shorter, easier to type in and remember.

The last time I participated in the Duck.co community I created a Start Page concept for the open source internet browser, Midori (I think Gabe thought it was cool, but the two parties did not seem to work out a deal).

Anyway, I've been out of the loop since then - so today I decided to jump in and see what has been going on. Now there's a big archive of stuff posted on Github. And from all that, perhaps most intriguing is the 'Community Platform'.

However, after reviewing it over I must say it doesn't seem very Duck'esqe. Seems a tad bloated in it's purpose (or or lack thereof).

That said, they might be on to something. Perhaps the vision for a DuckDuckGo "Facebook alternative" is unfolding. A social network that puts user privacy first. That doesn't track its users. That, god forbid, would allow anonymous usernames!

You can see something like that taking off, just as the search engine did. Of course, in addition to sound principals in privacy - the service would also need it's own unique twist and value proposition. So perhaps that is what the 'internal DDG team' is up to now.

Or maybe they just really want to to make a better search engine...

Perhaps the best use of capital is to clear away distractions. So you can focus on the #1 priority. For DuckDuckGo, that priority remains creating the best search engine out there. Here's hoping Gabriel and team put the new capital to good use!