The Easiest Way to Test IE6 with Firefox 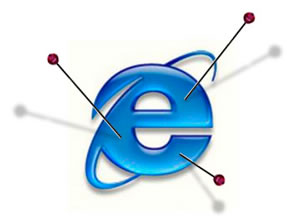 Hard to believe, but it's almost been a decade since the original release of Internet Explorer 6. What's even harder to believe is that we still have to maintain cross browser compatibility with it!

Still holding a 20% share on everyday browser use, it's an annoying but justified procedure to make sure website code renders correctly in IE6. That means implementing the workarounds, the hacking, or whatever it takes to get it behaving the same way as a modern browser.

That said, I wanted to share the easiest possible way on earth anyone could possibly test IE6 with Firefox. Just in case someone hasn't already heard of the awesome project known as Spoon.

The team at Spoon has created a web based virtualization technology that allows you to run thousands of apps, across any platform, natively on any system right from the browser.

So not only a great way to test IE6, but you can test other browsers too. Windows user? Check out what your site looks like in Apple's Safari.

For cross browser compatibility testing I previously was using Virtual Machines. I promptly ditched the VMs given the ridiculously easy route to test any browser using Spoon.

Browsers aside, some of the top apps people are using on Spoon are Skype, TweetDeck, and even games like World of Goo.

For software publishers, the Spoon technology makes for a compelling solution in making your apps available via the browser. Easy as buying a license and downloading the server edition.

While this is a cool proposition, and certainly useful to certain businesses - but I believe the Spoon team is really going to achieve notable success when they get their software working on multiple platforms. Ie- when you can run a Windows program from your Mac. THAT will make things interesting - and provide software developers a viable route to ensuring their product runs on both Windows & Mac (Linux someday too?) without the huge development challenge of coding it to run natively.