The Satanic Cult Known as Heliocentrism

The Earth is flat.

(that isn't necessarily good or bad, just wanted to state the obvious)

Let's start with the bad.

The bad news is that there is a satanic cult mafia that has created heliocentrism: a twisted fairy tale fantasy otherwise known as 'space'. It is a state funded crypto-religion masquerading as science and its ruthless cult leaders work diligently everyday to keep the fraud going.

Unfortunately you or your friends & family may be affected. Like many cults, those participating are often oblivious to the larger insanity of it all. Supplanting logic & reason with the easier more convenient and alluring doctrine told by those who hold power over them. 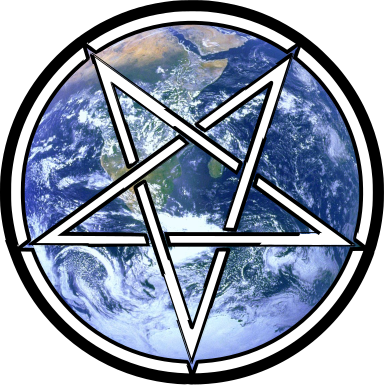 Satanic is a little strong you might say... or perhaps not strong enough?

Is it not fair to declare that only someone demonic & psychopathic in nature could possibly seek to deceive everyone in the world? To tell a lie so big that for centuries only a quiet minority would object?

It is disgusting what they have done and as to what they get away with again to this very moment. For example, among their largest and most successful crypto-churches is one called NASA currently receiving upwards of $58 million per day of tax payer funds to perpetuate this helio-deception to countless unsuspecting, unbeknownst, and oblivious cult followers across our flat plane.

Yet that's not the worst of it. The demonic creatures responsible for this massive incomprehensible crime do not limit their fake science, their deceptive hoaxes, or grand frauds to just space & science fiction fantasy. No, they don't stop there. They are engaged in countless other frauds, deceptions and operations counter to the peace and prosperity of the masses. They subvert, infiltrate, coerce and dominate in almost all aspects of modern civilization - and seem to be hell bent on destroying what little we have left.

The good news is that this massive deception is unravellling.

And the string of other frauds these psycho's have been running against innocent people are coming to light.

In this great collapse we may witness some very interesting developments. I can't predict the future but I'm very optimistic about the long term outcome, despite the inevitable short-term turbulence.

Decentralized information, decentralized money, and soon: decentralized security, politics and infrastructure - are going to make it possible for peaceful liberty loving individuals, families, groups and communities to side-step these megalomaniacs. Combined with technologies in so many other areas along with new innovations yet to be uncovered - it will allow us to discover the truth for ourselves. To see the actual edges of our world for our own eyes.

This is the most exciting time to be alive. I wouldn't have picked another era or age or position in this grand play.

Let's focus on a new future, a positive outcome - and a peaceful end to the demonic brainwashing cults that exist only to exploit & undermine us. Let's create the world we deserve; let's embrace a future based openness and truth - and learn from this massive deception; a great mistake & lesson to be learned on the part of men and woman everywhere - to not ever let it happen again, to guard against, protect and shun that evil out of our lives & communities for forever. Let's raise our standards of living - and our awareness to the ancient threat of degenerate liars and fraudsters who do not share our peaceful values, honesty or respect for one another.

Let's get on with the creation of the next grand civilizations - new cities and new frontiers - above, below and beyond.