How to Raise a Billion Dollars of Startup Capital 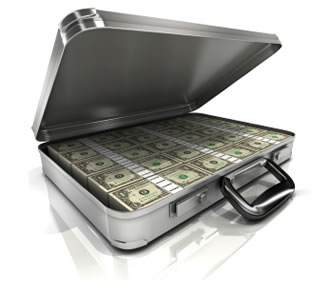 You might assume that pitching to a VC is the only way to raise a huge amount of fast action capital for your innovative new startup. Yet there is an alternative strategy. And it involves pitching to foreigners.

A new company based in Alabama caught my attention yesterday as I read about their efforts to raise $1 billion of startup capital. It wasn't this lofty target that caught my attention, but rather, it was their strategy to make it happen.

Today, foreigners interested in becoming American have a limited number of options. To no surprise, it helps to be wealthy. In fact, if you have $1 million available - you can qualify for the EB-5 Visa and be well on your way to obtaining a green card. You simply need to invest that money into an American company and ensure it helps to create at least 10 jobs (as per the program requirements).

The Alabama company, who are faced with intensive startup costs in building their manufacturing facilities, are attempting to line up over a thousand wealthy foreigners interested in obtaining permanent American residency via the EB-5 program (1000 x $1m = $1b). And to make it a win win deal, they are providing them with that $1 million dollar investment vehicle: their company in Alabama.

You'll need one hell of a sales pitch to get someone to invest $1 million in your new startup. But, by targeting foreign investors armed with the advantage of the EB-5 program, it would certainly make it easier to close the sale. And in sales, it's all about the advantages.

Nobody is going to do business with you unless they see an advantage in it for themselves. Whether your selling a $20 book or a $1 million investment - having key advantages in your pitch is essential to closing a deal. And for a foreigner, the glimpse of living the American dream - can be the biggest advantage of all.

Setting up the Deal

The way you would structure a financing strategy like this is to first ensure you're ducks are in a row. Your startup is in motion, you've got the business plan in place, and you're ready to take the next steps to connect with a foreign investor.

That next step will be to first pitch the idea to a savvy law firm who specialize in American immigration, specifically the EB-5 program. Get them on board and ready to take on you, your theoretical investor, and the legal work involved to facilitate the whole deal - including the green card.

With your company setup, an immigration lawyer in place - the next step is obviously to connect with a foreign investor. Somehow, you're going to have to get front and center with a qualified foreigner who is ready to make a million dollar investment to become American. Your job will be to sell them on this, and on the ROI you are going to deliver them by having them invest in your company.

This is the the hard part. But it's not unlike pitching to any other type of investor. In fact, the premise of living the American dream in combination with the potential for a healthy ROI on their investment - is already a tremendous foundation for your pitch. Remember, the whole strategy is based on taking advantage of that EB-5 Visa - so you'll have to sell, entice, and engage them on that front with just as much effort as you present your own company.

The best way to compile, structure, and deliver the initial pitch is in a traditional sales letter. Along with a commitment to following up over the phone, and in person with each of the leads you send it to.

Of course, the big question is how to find qualified leads. Off the top of my head, a good start would be to fly to an international business event - where you can begin meeting, or have a chance at meeting - some of these wealthy foreigners interested in doing business in America.

There is a common saying in marketing & business. "It takes just as much effort to sell one person as it does a hundred people." By duplicating the pitch, applying marketing tactics and approaching hundreds of qualified investors - you might just be able to raise a billion.