The Internet Discussion is broken

The internet used to be cool. Not only a great resource for information, it was a place you could go to ask questions & participate in discussions with people of similar thinking from all over the planet.

Today, it's a much different place. It's still a great resource for information - and you still can engage in discussions with people worldwide - but there is a problem.

To someone who is 'new' to the internet this problem will not be immediately obvious. But to seasoned nerds who've been here for a while; who have witnessed the impact and subsequent transformation of social media - from it's infancy stage to what it has become today - will most likely have an inclination of what this problem exactly is.

It's not necessarily of 'what' but 'who'. The problem today - with the 'internet' and particularly social media: is that you don't necessarily know 'who' you are receiving information from. You don't always know who you are having a discussion with.

It used to not be such a big deal. Engaged in an online discussion, you could reasonably assume the person you were in a flame war with was some other greasy nerd in their parents basement. 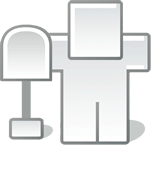 Of course - there were differing opinions, personalities, and viewpoints. For the most part though - if you knew how to spell and not be a dick - people from all over would engage with you in a friendly, helpful, and productive matter.

Pretty soon, some really interesting and exciting topics would be discussed. And with so many intelligent people engaged in on the same discussion, you could really build a strong sense for a given topic.

Eventually, tools were innovated - such as 'voting' and karma - perhaps signaling the very inception of social media as we know it - which helped aggregate the best or most important, most funny, or most controversial information, links, and comments to the top. Discussions were taken to a whole new level.

I think it's important to consider what was happening during this 'golden era' of online discussion. Not necessarily in the content, but in the resulting conclusions found in the the discussions about said content. You see, one could easily determine a general consensus about a given topic or piece of information simply by skimming through these discussions. Along with some intuition and good judgement, it became increasingly easy to identify what you might call 'truth'.

A powerful dynamic indeed. And really was the quintessential supplantment to reading newspapers or watching news on TV. Why wait for news when you can find it and discuss in real-time? Besides, most of the 'dinosaur media' was boring and often biased towards the status-quo anyway. The internet was different.

Soon, patterns would begin to emerge about certain topics. Combined with increasing popularity of this early social media style open discussion format - the concept of viral on the internet took off. Getting on the 'front page' could mean your comment, webpage or contribution would be viewed by thousands of people.

... then - years later, things started to get weird.

Suddenly it became increasingly difficult to obtain the 'true consensus' that previously would so quickly emerge. The source of difficulty seemed to be attributed to not only a higher volume of comments - but something else in play.

Obviously at some point the internet became no longer just a place for geeks and nerds - and that very well may have been a factor, but there was something more going on that just didn't seem right.

You see, during previous bursts of increasing popularity - the patterns of consensus on emerging topics would not typically change all that much. We are social creatures after all, and if the majority of our peers are making an interpretation - one that is logical and aligns with our principals - we will tend to subscribe & support those interpretations as well.

But at some point, perhaps starting most notably in early January of 2008, the patterns became disrupted. The discussions no longer seemed to have this consistent group intellect feature - something which previously had been quite strong.


There was a problem.

It seemed like the conversations had become infected. Or more accurately: injected. With a level of sleaze and coordination that exceed the boundaries of an honest person.

Fast forward to today. A quick skim through the volume of posts about the Boston incidents on Reddit, Twitter, and even Hacker News - demonstrates the problem has not gone away but has grown stronger than ever.

Truth is like water. Its natural state is to be flowing. But the rivers are being damned and the 'old watering holes' on the internet are quickly drying up.

I predict the next 'big social network' won't be big at all. And you probably won't hear about it either - at least until you get an invite. Because if we want to avoid confronting this ugly problem again, our open discussions need to be more closed. We need to know who we are talking to. We need a web built on a higher standard of trust.