In light of recent news that Google will soon be launching it's own web browser (code-named Chrome) - there is now a real possibility that Mozilla will launch it's own search engine.

In a pre-emptive counter measure to Chrome, Mozilla may now launch it's own new competitive product to google: Mozilla Open Search. That's right Google, two can play at this game.

And why wouldn't Mozilla release it's own search engine? The gloves are off. And Google dropped them first.

With Chrome, Google threatens to take away millions of everyday Firefox users. And Mozilla Corp CEO, John Lilly, has responded to the move.

“We collaborate with them on a bunch of things and we have a financial relationship,” Lilly said. “So there is another browser and that makes for a more competitive world. Of course we would have to compete.”

In other words, Mozilla is up for the challenge.

Above: Seem familiar? Concept for the new Mozilla.com

Interestingly enough, the news of Google Chrome comes just weeks after Google happened to renew it's agreement with Mozilla as the very search engine featured on Firefox default homepage. How convenient that Mozilla and the world find out about Google's new browser after they close this deal. The agreement has Google presence on the Firefox homepage for another three years. Was the timing of events a coincidence?

Google Chrome is direct competition with Mozilla Firefox. Yet Google has their name on the front page of Firefox. That's crazy - that would be like Microsoft setting Google.com as the default homepage for every new download of Internet Explorer.

If Mozilla was aware of Google's intention to release Chrome - a direct threat to Mozilla's business - surely then Mozilla would want an extra premium from Google? Or perhaps even cancel the negotiations with Google altogether. Yahoo! as the default search engine for Firefox is looking a lot better in light of Google's new competitive intentions.

So Mozilla needs to modify their strategy.

Imagine the beauty of an open source search engine. No longer would we have to "trust" Google as they so quickly recommend. The algorithm would be open and visible to all - ensuring that the game is fair for everyone. SEO no longer becomes a guessing game.

With Mozilla Open Search, innovation is key. Since the index and page ranking technologies are open - anyone, including internet marketers, use it to their advantage to get high ranking. Yet an innovative concept called "Searcher Feedback" will quickly counter-measure over zealous internet marketers and spam related sites.

In addition to the open algorithm, which enables developers to contribute to how pages are ranked - the actual everyday users have an extent of influence in where pages end up. Searcher Feedback borrows concepts from the likes of Digg.com with a twist of WikiPedia.

Mozilla Open Search can do to Google, what Firefox did to Microsoft. Take a huge chunk of their marketshare. 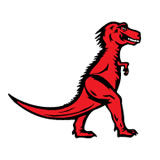 And the world needs an open source search engine. There are becoming fewer and fewer alternatives to Google's dominance. This needs to change. And the release of Chrome may have just caused the spark for the next revolution on the web.