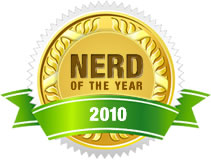 Hands down, nerd of the year for 2010 is the billion dollar man Andrew Mason of Groupon, Inc.

For so many hackers and tech startup entrepreneurs it is a dream come true to make a fantastic exit and become acquired by Google. Let alone to be their biggest acquisition to date. Yet that wasn't exactly the case, when just last month, Mason and his company ultimately decided to turn down Google's reported $6 billion dollar offer.

That's a lot of money. But apparently Mason doesn't care.

I never wanted to be in this position. I just wanted to work on cool stuff. 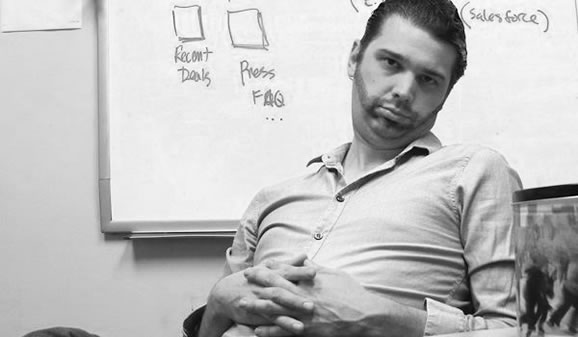 His business... and why it worked

Last summer, I attended the Grow 2010 conference in Vancouver where Mason briefly made an appearance. There was a huge buzz around him. And rightfully so. This dude was founder of the hottest startup on the scene.

During the madness, I got into a discussion with another fellow about Groupon. Their model, their marketing and why it became so successful.

He claimed that Groupon got lucky. That he had been working on a crowdsourced coupon system long ago (he seemed a tad resentful of the whole thing). He was convinced that Groupon's success was all about the timing; that it was only a matter of time before someone got rich with this (but not him apparently, cause of timing of course).

Groupon was not lucky. And their success was not about timing. It was about having balls. Balls to scale up a blatantly simple, yet very effective business model. And to do it fast. With complete and 100% embracing confidence in the vision moving forward. That not only takes balls, but it's a hell of a lot of hard work.

Buddy failed to realize that when you have a great idea - the #1 priority is execution, maximization, and execution again. There are a lot of amazing ideas out there. And a lot of blatantly simple business models that work and work well. But so many of us entrepreneurs give it a half ass effort. Whether it's lack of focus, procrastination or 'fear of the unknown' it causes people to fumble the ball of business success.

Mason and his Groupon team could have easily relegated to being a convenient service for businesses in their little corner of the world (Chicago). They could have stopped there. Or they could have taken forever in going out and expanding into new sales regions. They could have found excuses or 'technical ways' to get around having to call on and approach thousands of different people and businesses to sell them on their concept. They could have tweaked the platform into oblivion before even thinking about the worldwide presence they have today...

The point is, the Groupon team didn't waste time when they found something that worked. They executed. And they didn't look back.

That's what you have to do to make a big success (or so I postulate). Think big, but first and foremost - execute - and maximize what you already have. Don't procrastinate your own success by painting a pretty picture. Embrace the future and let momentum take care of the minute details. Groupon has had 'it' since day 1 and they still have yet to lose steam.

We took from January till November of 2007 to get everything 'just right' (on the Point, the precursor to Groupon). And to make sure it aligned with my complete vision of what I wanted this platform to be, instead of just getting started quickly and letting users tell us if it works or not.

And that's the biggest lesson I learned as part of that project. The result of learning that lesson is demonstrated through the creation of Groupon when we went from idea to an actual launch product in about a month (given it was largely built on top of Point).

The first version was not pretty. But it was enough.

It's going to be an exciting year. Regardless of what you're doing and how successful it will turn out to be... because, well, you can put everything into perspective by heeding this tidbit of advice from nerd of the year.

Stop thinking about where you're going to end up and just think about the path and get satisfaction out of that.