Steve Jobs was never concerned about Microsoft. Android has been a thorn in his side. But the company he fears the most? Nintendo. And with Nintendo’s new mobile strategy, you’re about to find out why.

In a surprise move, Nintendo has unofficially announced they are entering the mobile market. Yes, the Nintendophone is coming... 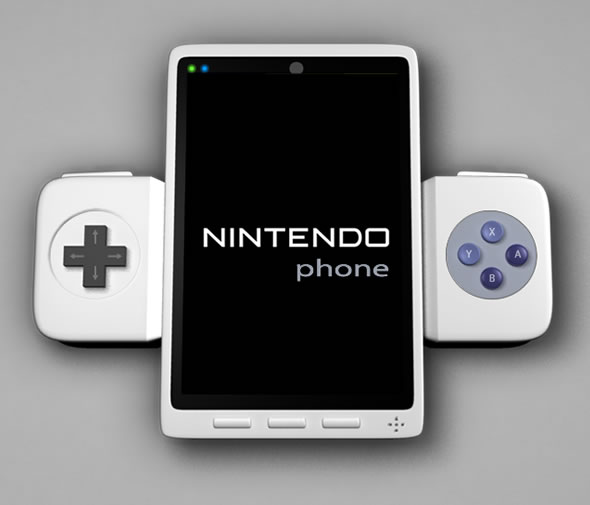 And sooner anyone could have anticipated: Q4 2011; just in time for the holiday season.

"It feels like a Super Nintendo controller with a smartphone mounted in the middle."

The above reaction from my Japanese correspondent, Hiroshi Nishiyama. Formerly a Nintendo programmer, Nishiyama worked on the original Super Mario World and other key Nintendo titles. He describes Nintendo's latest, upcoming device as having a very retro feel… combined with the sleek, lightweight style of a modern generation handheld.

In addition to the picture, Nishiyama was able to confirm certain details about the device. In this unique, pre-announcement unveiling - he outlines the features and a breakdown of Nintendo's mobile strategy. My girlfriend Konami, who is Japanese, was kind enough to help me translate this info to English, so I can share the juicy details with fellow nerds in the west.

The Nintendophone is packed with tricks. It is possibly the most unique gaming device ever created… and when you also consider it's a phone - you have to commend Nintendo for once again boldly innovating where no one else has gone before.

The screen is able to 'twist' 90 degrees for 2 distinct gaming perspectives, Vertical and Widescreen. When you twist, the spring loaded gamepad panel extends to wrap around the device in widescreen - and retracts when you twist it back to vertical; accommodating for optimal hand position in both modes. Like going from an original GameBoy to a horizontal PSP layout. 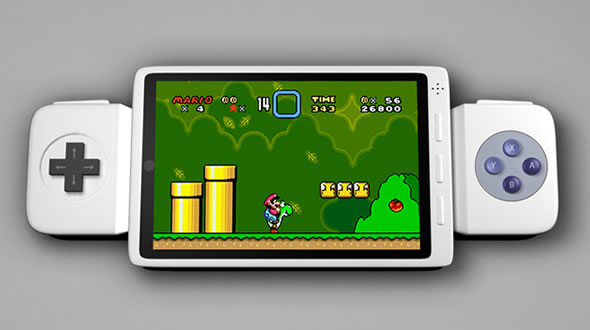 With two unique resolutions, game developers will have the benefit of using extra screen real estate in the direction of their choice. For example, a puzzle game like Tetris is perfect for Vertical mode - giving gamers more view and time to position blocks. While the Widescreen is best suited for 2D side-scrollers like Super Mario World.

Apparently, the Nintendophone has a serious focus on retro gaming. You'll be able to play all of the old NES classics, the epic Super Nintendo RPGs, and yes - even N64 platformers. And with the the help of the detachable D-pad, you can swap between analog and digital movement control on the fly. Unlike the 3DS, which has both an analog and a digital pad built in - this detachable design for the Nintendophone keeps the device incredibly compact while enabling gamers the best of both worlds.

It's not an iPhone App store and it's not an Android Market. It's the Nintendo Shop - and it's filled with games! Nintendo is making a huge library of classic games available for download. And in addition to games, the phone will support apps - such as Netflix; allowing Nintendophone users to download movies and TV shows.

In a historical move, Nintendo is for the first time opening their platform to the masses - so app developers and indy game creators alike can contribute their work. The end game is clear: Nintendo wants to compete with Android and iPhone- adding yet another OS to the mobile wars. 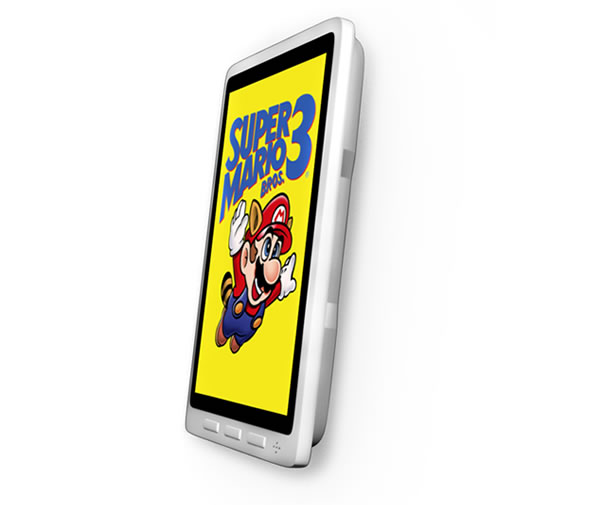 Don't forget, this is a phone, and as such you'll be able to send and receive calls & text messages. I'm really looking forward to how the Nintendo Mobile OS is going to handle these functions. Particularly because Nishiyama assures us that the Japanese company is planning something unexecpected to quote, "revolutionize the way we store and interact with our contacts." It seems that this isn't just a GameBoy with a dialpad - Nintendo is working hard to deliver the complete mobile phone experience.

Nishiyama was not willing to share any more details - but if I can pry him of anything more, I will definitely post the updates. In the meantime, millions of Nintendo fans - me included, are pumped to get a Nintendophone later this year.