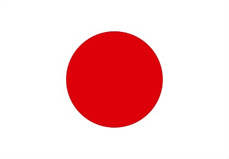 This morning, like most, I woke up to the news of disaster in Japan. And soon after reading the stories on Reddit; the messages on Twitter, I became inspired to contribute something. Though at that point, I wasn't exactly sure what.

I was reading people tweet about their best wishes & prayers. But then I read this tweet; which blatantly put things into perspective…

This is a real disaster. The people there need real help. Posting best wishes on Twitter or Facebook isn't a real solution.

It's interesting how Twitter is now the first place we go to participate in the global reaction to the latest world disasters. It's a real-time social communications platform that makes it easy for everyone to share.

But there's no "first place to go" when we want to do the next logical thing - and that is, to make a donation. And people today are asking for alternatives to the big entities. It seems obvious then, that what the world needs is a real-time social donation platform.

Twitter, social media, and decades of internet innovation have revolutionized communications. Even to the point beyond government control (with exceptions).

The same revolution is happening for money & transactions. Yet, economic evolution is a much slower process. Inevitably though - the future will eventually bring us faster, more efficient; and more 'social' ways of transacting.

Precursor though: this idea was conceived only hours ago - so what follows is merely a first draft concept of what a 'real time donation platform' may look like.

I haven't considered all of the logistics and nuances involved; I simply have a vision today for a 'real time social donation platform' with the objective of efficiently sending funds directly to people affected by disaster. Here goes...

I tentatively call it the Open Donation Platform. It's a website designed to facilitate donations and streamline the process of payment delivery - for those who need (and deserve) it the most.

It won't be hard to receive donations. That will be the easy part, but it will come later (and in a moment I will explain why). The first priority is actually developing a solution to meet the biggest challenge: delivery. Specifically, solving the problem of deciding who will receive the money.

Once a reliable system is developed - and it is proven to work, complete with a real life case study example - the Open Donation Platform will have the credibility needed to begin accepting public donations en masse.

Hence, the key to this startup idea - is the social technology that will ultimately solve this problem; deciding who gets the money.

The system needs to be based on the following principals:

A) Open: both with source code and the people. There is no anonymity. When you request help your name, - information about you, and the money you receive (if any) will be public record.

With these principals, combined with the collective intelligence of a social network, the system has hope of achieving the primary objective. 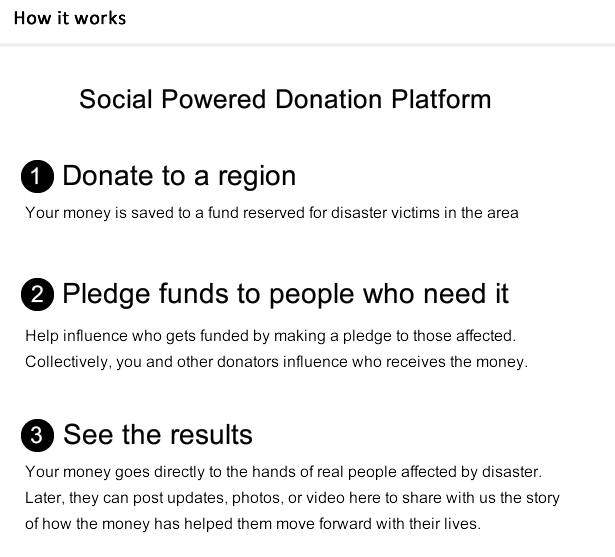 In a nutshell, the platform serves as an escrow, a proxy, and a qualification algorithm for facilitating the transactions in the most effective way.

Making a donation is super simple - it's simply a matter of registering to the site and filling in a payment. Every donation has a permalink, so with a Twitter and/or Facebook profile linked to your account - you can broadcast it and encourage your friends to chip in too.

All donations go to a reserve fund, which is later batch distributed to the individuals asking for help - but only to those who meet the criteria.

To meet the criteria - the people asking for help must provide complete details of who they are. Furthermore, they need to pass a certain threshold of "pledges" ie- votes, to qualify.

Pledges can be awarded by anyone who has made a donation.

Each potential recipient has their own page that displays their total number of pledges and a bulletin board where members can ask questions, comment, or otherwise share an opinion that can help influence whether people should be pledging.

With proof of identity and the social voting tally - there is enough data to reasonably assume the money is going into the right hands. 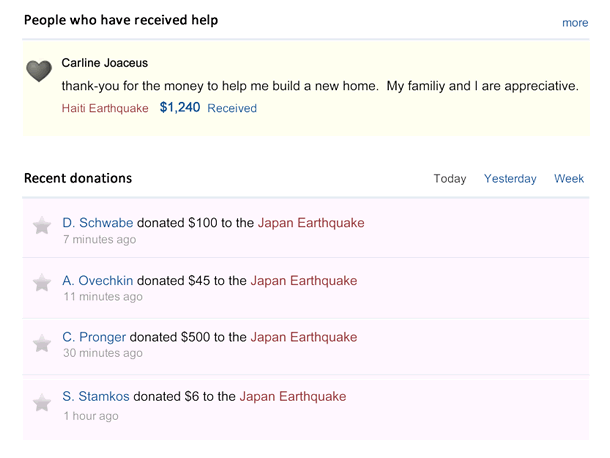 Sending donations over a platform like this would never be perfect - but neither will the old fashion, institutionalized way.

An idea is only ever as good as the level of commitment people have dedicated to making it happen. And to get solid commitment - you need great leadership. And to be a great leader - you need passion and 110% focus.

I hope this kind of a project will one day find a great leader. Today, it isn't me. This is simply an idea I wanted to share with you. Though I did go ahead and register the domain name.

While this won't help Japan right now, perhaps in the future we can leverage a social donation platform to promptly get money to those who need it most.