We've all read about history's recent heroes like JFK, Malcolm X, and Henry Ford. But today, modern day heroes walk among us - and deserve recognition. They are working in all corners of civilization. Heroes in politics. Heroes in journalism. And heroes in business.

Of course, in this post, my focus is on the nerds. Here are three epic heroes of tech. 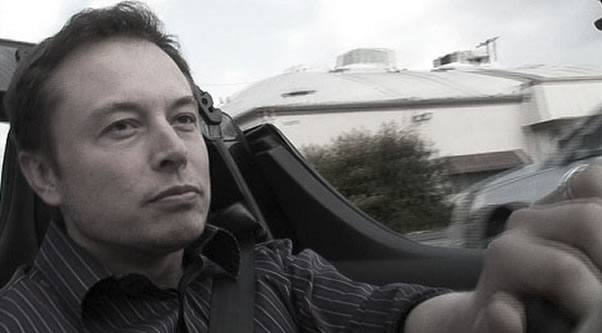 After his first company sold for $300 million, Elon became co-founder and largest shareholder of PayPal. And when he and his buddies decided to sell PayPal for $1.5 billion, Elon cashed out with enough capital to fund even more ambitious visions.

And that's when he set his sights for the stars by founding his own commercial space company, SpaceX. With the long term goal of enabling humanity to become a spacefaring civilization. And while the company had its share of early failures, he and his team's commitment & perseverance has paid off in the form of multiple billion dollar contracts from NASA, awarded to SpaceX for various launches and cargo deliveries to the International Space Station.

And if that wasn't enough, Elon is also CEO of the world's first electric supercar company, Tesla Motors. Their flagship car, the Tesla Roadster, is 100% electric and does 0-60 MPH in 3.7 seconds.

Within 20 years, probably sooner, the majority of new cars manufactured will be pure electric.


His company has faced an enormous uphill battle, not only in the technology development but from an industry notorious for stifling innovation. So far though, like SpaceX, Tesla Motors has persevered. In 2010 Tesla became the first American auto-maker to go public since Ford did it in 1954 - and in doing so the electric motor car company raised a quarter billion dollars of capital they could use to further the progress of their line.

Elon's bold vision for each of his companies exemplifies the true spirit of an entrepreneur:
to create the future he wants by leveraging innovation and business strategy. 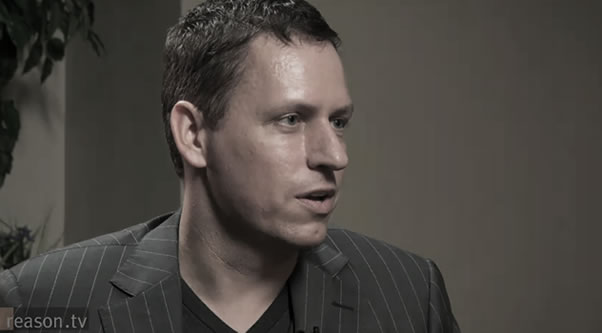 As an early angel investor to Facebook, Thiel now owns over a half billion dollars worth of shares in the social networking company. But his Facebook investment is only his most recent notable success. Thiel, like his friend Elon, first became uber-cool as co-founder of PayPal - a business that ultimately revolutionized eCommerce.

What's interesting though is that his original vision for PayPal was much more bold. Thiel wanted to create an alternative currency system, based on the internet - that would enable people all over the world to send and receive money without any government controls - to free citizens of the world from the chains of their own government currencies. A truly noble goal, in a world today that is very much influenced by the forces that control the money supply. Ultimately, PayPal would fall victim to predatory regulators and politics - and so PayPal is today a little bit more limited in it's original intended scope, but is a step forward nonetheless.

"It's not easy to escape," says Peter, regarding government and US dollar supremacy. "The regulatory issues surrounding the payment & monetary system are formidable." Reflecting on his PayPal experience, "decentralizing it (money) and giving people the choice of which currency to use is an important starting point."

Peter has since started The Thiel Foundation with the stated mission to defend and promote freedom in all its dimensions: political, personal, and economic. Through his foundation, he has invested a million dollars to the Seasteading Institute - with a vision for civilizations at sea.

The goal has been to try to create some kind of space outside of politics. And I think this is very, very important. Because I think there is so much about the political sphere that's become poisonous.

We need to figure out a way to escape from it. 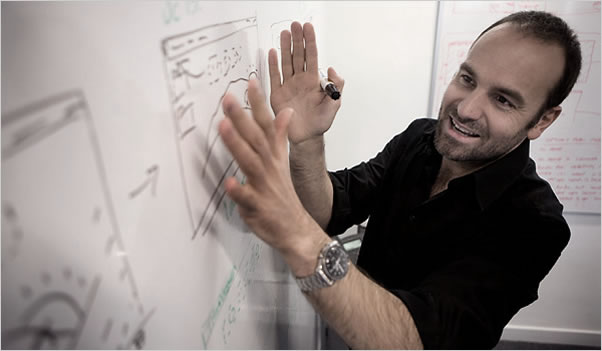 As champion of the Ubuntu project, Mark has been leading the way by designing an open source OS for the masses; 'Linux for humans'. And indeed, since he founded it in 2004, Ubuntu has become the most popular Linux desktop distro ever.

I firmly believe that open source is going to win the desktop war.


But Ubuntu came AFTER he conquered space. In 2002, Mark launched into space via Russian spacecraft - for an eight day mission aboard the International Space Station. Not content with being just a passenger, Mark - on behalf of his home country South Africa - conducted a series of zero-gravity stem cell and embrology experiments during the trip.

And before space, his fortune was made by selling his internet security company, Thawte, to Verisign for over a half billion dollars. Mark leveraged open source software to build Thawte: from the database used to track transactions, the web server the company was using, and many of the encryption tools that powered their digital certificates.

Enlightened to the open source revolution, having been to space, and with a fortune at his disposal - Mark shifted his resources back into the open source community, the same community that helped him build his early success, and launched his startup Canonical - to spearhead the Ubuntu project to where it is today.