Top 3 Most Honest Economic Experts of Our Time

In the circus show of modern day mainstream media you can watch countless hours of boring, repetitive economic analysis. In the midst of all this fluff & hyperbole, only a handful of experts stand out from the crowd.

These experts are unbiased. They represent principal and value. They speak with integrity... they are the most honest economists of our time.

A Wall Street legend, Jim Rogers has a unique perspective on the economy that is generally in contrast to the mainstream reports.

Rogers, along with an equally well known George Soros, founded one of the world's first international hedge funds, the Quantum Fund, in the 1970s. The fund included investments from perhaps the richest family in the world, the Rothschilds. 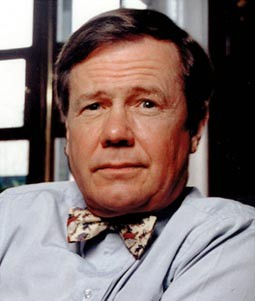 After 'retiring' from the hedge fund & investment management business Rogers traveled the world and has since written several books such as A Bull in China: Investing Profitably in the World's Greatest Market

He now appears regularly on Bloomberg, CNBC, and other mainstream outlets. Yet unlike so many of the so called 'expert analysts' who seem to be eternally optimistic of the government's plan to bailout failing banks, Rogers has been very critical of Wall Street and the latest actions by the Federal Reserve.

Since Ben Bernanke took over as Federal Reserve Chairman (the public figure representing the corporation that prints America's money) Jim Rogers has constantly slammed him on the mainstream news - saying that Bernanke & the Federal Reserve's actions are absurd.

Rogers said that if he was Ben Bernanke, he would abolish the Federal Reserve and resign.

Opinion: It's Over For America

Rogers has already packed up and left town. Last year he sold his $15 million dollar mansion in New York City and moved to Singapore. Rogers feels that within 30 years, that Asia will be the greatest market economy in the world.

The 19th Century was England, the 20th Century was America and now in the 21st Century, according to Rogers, the economic center of the world is going to be China.

In light of the current economic turmoil centered in the USA, his move to Asia last year and dire predictions about the US economy are certainly a testament of Rogers' foresight.

Jim Rogers' advice? You had better learn how to drive tractors, because that's the future.

While Rogers acknowledges that although gold is in a bull market with years to go, he remains stern on investing most of his money into agricultural commodities.

"I'm going to make a lot more money in agriculture than I am in gold or any other stocks on the board," Rogers said recently in a Bloomberg interview. "Inventories in food are the lowest they have been in 15 years."

For several years Rogers has been extremely accurate on his commodity predictions. He says that the current state of the global economy has less production and new shortages. So when the world comes out of this decline - the supplies will still be low and the current bull market in commodities will continue.

Above: Jim Rogers on CNBC slamming Ben Bernanke & the Fed

The Gold Buying Guide has the latest prices on gold and a number of good articles on how to buy gold.

Now here is a man of principal and value. The Texas Congressman is also a physician who's delivered more than 4000 babies. And has been married to the same woman for 50 years - one of many examples of his incredible integrity. 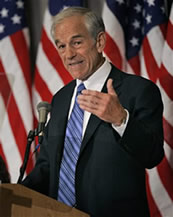 Ron Paul bestows a philosophy of freedom & liberty. He is a true patriot and champion of the constitution. And he is most widely known for his advocacy of constitutional law and free-market capitalism.

In 2008, during Ron Paul's campaign to be President of the United States, he vowed to take America back to sound economic policy, to abolish the income tax, and to even abolish the Federal Reserve.

Ironically enough and even though for over a hundred years his fundamental economic principals were considered conventional wisdom - many in the mainstream media & politics considered Ron Paul's solutions radical.

The founding founders would be ashamed for what we're putting up with.

By repealing the Sixteenth Amendment & abolishing the income tax, Ron Paul says that it would immediately put 40% of all the tax revenue that the US Government is wasting on bailouts back into the pockets of Americans so they can spend their money here.

Paul says aboloshing income tax & bringing the troops home would be a godsend: it would eliminate inflation and make America a wealthy country again.

Austrian economists will tell you that inflation is caused by an increase in money supply. As a scholar in Austrian School of Economics, Ron Paul is adamantly opposed to the recent $700 billion dollar banker bailout bill and personally voted against it while it was in Congress - which unfortunately was not enough to prevent it from passing through the Senate.

Ben Bernanke's worst enemy is Ron Paul. Being on the House Banking Committee, about once per month Bernanke is forced to answer some serious questions from Ron Paul about what the Federal Reserve is doing to the economy. During Ron Paul's campaign, in addition to eliminating the income tax and bringing home the troops - Paul said he would take action to abolish the Federal Reserve system entirely and return the nation to a Gold standard.

Unlike other experts, Ron Paul is a Congressmen and thus will rarely divulge his specific recommendations on investments - but based on his hardcore traditional economic values it's not hard to read his mind: that Gold & Silver and commodities are true measures of value.

But in fact, Paul's investment advice isn't necessarily vague - you just need to know where to look. Last year, Paul's financial disclosure was made available from OpenSecrets.org. It revealed a consistent number of Mining, Energy, and Agricultural investments in companies such as Great Basin Gold, Goldcorp, Metalline Mining, American Silver, Saskatchewan Wheat Pool, and Petrol Oil & Gas. Since his bid for office, it's estimated that Ron Paul's portfolio gained as much as $295,647.

Above: Ron Paul on the US Economic Meltdown: "Get the Federal Reserve out of the way."

Schiff was Ron Paul's economic advisor during his presidential campaign. So it is no surprise then that his fundamental economic philosophy shares the same core values of that of Ron Paul: that we need less government interference and more power to the free markets to cure the current imbalances. 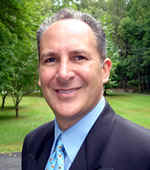 To the dismay of Peter Schiff and Ron Paul - the government is doing exactly the opposite of what they recommend. Schiff strongly disagrees with the Federal Reserve's latest actions. Indicating that the Fed's immoral intervention is a series of desperate measures that is devaluing the US Dollar and is going to create massive inflation.

Yet as the government interferes with pricing - and props up companies instead of letting them fail - it prevents the market clear all of these imbalances.

Schiff says that the basic problem with the US economy is that we have too much consumption and borrowing and not enough production and savings.

When you're listening to an analyst on a lot of these popular investment shows - you're note getting advice. You're getting propaganda.

When trying to understand the future of the economy - Schiff is the go-to-guy for insight.

The reason I have been recommending people take a look at what Schiff has to say, is that his pessimistic predictions have all come true. And his fundamental investment strategy is making a lot of people financially secure in a very unstable time for the US and other global economies.

For the last 5 years during Schiff's frequent appearances on CNBC, CNN, and Bloomberg - he was often ridiculed by his mainstream proponents for having such a pessimistic opinion on the US economy and the potential for a future collapse. Yet his predictions about the economy and investment recommendations have all come to fruition. His book released over a year ago, Crash Proof: How to Profit from the Upcoming Economic Collapse, documents the current crisis to a tee: clearly demonstrating his incredible foresight.

So as a long time fan of Schiff, it has has been gratifying to observe his latest mainstream appearances being met with praise and a new level of respect in light of the crisis he has been predicting for years.

Opinion: The Government is on a Road to Hyperinflation

The big government advocates and socialists want you to believe that the reason we had a depression in the 1930's was because the government did nothing.

"Nothing could be further from the truth." Schiff says. "In fact, it is the exact opposite - it is precisely because Herbert Hoover (US President 1929-33) did all the crazy things that Bernanke and Paulson are doing now - that we had the great depression."

The sooner this phony economy collapses, the sooner we can rebuild a normal one based on a foundation of savings & production.

Euro Pacific Capital is Schiff's brokerage firm. They specialize in foreign stocks. So you can actually open up an investment account with his company - and you will get stock selections from him and his team.

Schiff, who consistently recommends investing into gold, foreign stocks, and other equities such as Canadian Energy Trusts - has a weekly radio show every Wednesday. You can listen live at 8:00 PM EST or download the show in .mp3 format the next day. Click here to access his archive to download his latest show.

Recently Schiff has brings up an excellent point about the amazing buys right now in mining & oil. For example: gold stocks continue to hit multi year lows - even though the price of gold is currently $730 per ounce and you can buy stocks in Gold companies for cheaper than when when gold was $250 per ounce. Same thing for oil: it's trading at at $61 per barrel but you can buy Oil stocks for prices that didn't exist since prices were at $15 per barrel.

Right now is an excellent time to buy gold stocks, oil stocks, or foreign stocks. Every financial market right now is joined at the hip. But that's not going to be the same for long.

"The US markets will go down. The foreign economies are anywhere near as bad of shape as the US economy. The only reason other countries are in trouble - is because they've loaned too much money to the USA and the US can't pay it back."

Above: Peter Schiff discusses Gold and the US Economic crisis

Before you try to buy gold coins or bars, take a look at The Official Gold Buying Guide.

As you begin to understand the philosophy of each of the economists featured above, you will see some obvious parallels. Most importantly, the commonalities shared are that the free market is the best cure for the current economic problems. Even if that means going into a recession, the market will eventually correct itself on it's own. Yet the Federal Reserve's policy of printing endless supplies of money is subverting this process and will ultimately lead to more inflation, an even bigger & longer recession, and perhaps even depression.

At the same rate, no one can predict exactly what will happen. Especially with all of this government interference. What these experts have not discussed in detail is a probable advent of a new world monetary system that may include new regional currencies such as the Euro - yet for places like Asia, Africa & North America.