The Ubuntu Tablet - how HTC, Samsung, and Acer can make it happen

Google has drawn a line in the sand. To manufacturers, the message is clear: if you are not Motorola, the happy days of Android are over.

Before long, Googorola will begin launching its Google branded devices - alienating the remaining Android partners. Forcing the likes of HTC, Samsung, and Acer to abandon Google's twisted idea of an ‘open platform'.

So what is next for these non-Motorola Android partners? Let's not forget - aside from the main players - other companies have recently jumped in the game with their own Android powered tablets including LG, Lenovo and ASUS. Just as the Android ecosystem was getting really interesting, Googorola happened - and now the rug has been pulled out from under everybody. 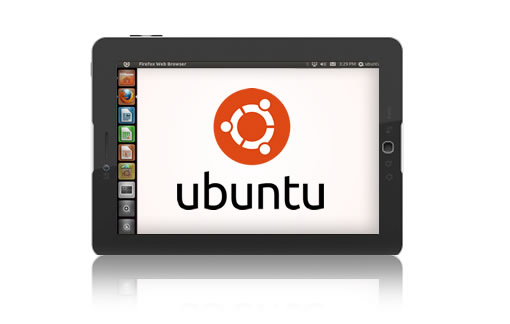 Here is what the manufacturers need to do: embrace a new platform. One that is truly open. One that is championed and safeguarded by a company with true values and roots in open source. HTC, Samsung, Acer, LG, Lenovo, and ASUS need to partner with Canonical to make the Ubuntu Tablet a reality. And a viable, popular alternative to the iPad & impending Google branded tablets.

Time and time again, we've witnessed corporate consolidation stifle competition and free market choice. For once, it's time that a group of companies orchestrate a consolidation of a different nature. One that will spearhead a revolution in the industry. Opening the doors for more innovation, cooperation among partners, and a better long term impact for all.

Android briefly showed us the potential of an open mobile platform based on Linux. But it will pale in comparison to the new Ubuntu mobile platform. Attracting an even more exciting, dedicated developer community: paving the way for the true spirit of Linux to roam free without restraints.

A major industry shake-up is coming

The computer industry as a whole is in a major transition stage. One where vertical integration wins. Apple has initiated it. Googorola is positioning for it. And Microsoft is catching up...

The spotlight is now on Microsoft to take sides. Do they continue with the decentralized, partner friendly hardware / OS distribution model of the past - or do they hedge their bets with a vertical integration model - by choosing an exclusive manufacturer or acquiring one of their own. To unify the brand for their complete lineup of Microsoft OS enabled products. Not just on tablets, but on phones and of course, desktop computers. Perhaps in time for Windows 8.

I postulate that this is exactly the strategy that Microsoft is now contemplating. And if they do make such a move - it will have tremendous implications to every major PC & laptop manufacturer. Because it will lead to the same Android dilemma of today. In which the main platform, in this case Windows, would no longer be fair and balanced for other players in the game. The likes of Dell, HP, Sony - would be left in the dark, without a platform. Unless... 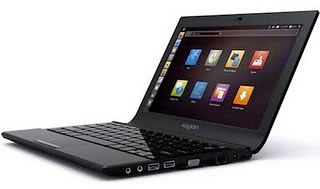 The Ubuntu Tablet is just the beginning

With a tight integration with Ubuntu for desktop computers, the Ubuntu Mobile OS will lead the way to a new era of computing. An era that many have been predicting for years. The era of consumer Linux. When it finally becomes a viable OS alternative for the mainstream. One that would see an adoption from major PC manufacturers across the board.

Anyone who uses Ubuntu today will tell you that it is closer than ever to being ready for prime-time. For when mom, dad, little sister and the grandparents can all use it with ease. The new Unity interface is slicker than ever. The impending consumer Linux revolution draws near.

Google has already tried to hijack the consumer Linux revolution. With the introduction of its' quasi-open platforms Android and Chrome OS, Google has tried to win over the tremendously powerful Linux development community. Yet I argue, that they have failed - and Google's deceptive business tactics have exposed them as a poor sponsor of open source platforms. To developers, and now its' partners too.

On the contrary, Canonical has proven to be the white knight of open source. Partnered with the open source community and championed by Mark Shuttleworth's vision, Canonical has helped propel Ubuntu Linux to new heights.

The battle has already begun. Though it is a different type of war now. To the consumer - it's less about platforms, and it's more about the brands. The strategies for Apple, Google and soon Microsoft will reflect this more than ever. Hardware manufacturers will fade to the background. Unless they can collaborate to make one platform - more popular than any of their brands combined.

That platform is Ubuntu. This is what computer manufacturers must collectively choose now - to establish their place in this new era of computing.