The biggest development with Windows 8 is not the new Metro UI, but in how Microsoft is taking over the primary method of software distribution on their OS.

In Windows 8, Microsoft will be adopting Apple's App Store model. Serving as sole gatekeepers - and taking a cut of every app sold.

Since the new Store is apart of Metro UI - which will be the default interface on all hardware platforms, including tablets AND desktops - the the way in which people download, try, and buy software on the world's most most popular PC platform is going to be changing significantly.

Of course, for traditional PCs the transition is not happening overnight. For now, Microsoft is making it easy to switch away from Metro UI back to the more familiar desktop style environment. And long term, surely they would never prevent companies from distributing desktop software via their own website. But nonetheless, the precedent is set - and it's no stretch to assume that in the not-so-distant future this is how Microsoft would like all Windows software to be distributed.

But for the software makers upset about this new direction... really, what can they expect? Windows is a proprietary OS; it's their platform and they can do what they want...

Open Source is defense against encroachment 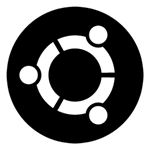 In a perfect world, a free & open source project like Ubuntu would be most the world's most popular OS. With innovation led by the unbiased, open, and collaborative spirit of its' developer community.

Because that way, you know the OS itself will never be a threat to your own business. No matter how dramatic the changes that are rolled out. Your platform will never cannibalize you. Your product will have the same opportunity as everyone else's product. And you will never fall victim to sweeping policy changes (ahem, Adobe Flash).

Or put this way, as a developer - would you rather pay Apple (and now Microsoft) 30% of every software product sale you make? Or keep 95% for you and your team, perhaps leaving 5% on the table as a donation to the free OS for which you built your product on?

Proprietary OS vendors are a lot like governments. They have a tendency to intrude upon the free market.

And so, open source operating systems are as important today than ever. As Microsoft, Apple, and even Google take steps to inject themselves into every software transaction performed on a computing device - free, competitive alternatives are needed to keep them in check. And to hopefully, one day, lead to the rise of even more popular operating system - with a superior offering in both features and freedom.

By the way, if you haven't already downloaded the latest Ubuntu - you might want to check it out. Unity is a way better desktop UI than Metro ;)